Not sure if this is normal. Actually, I know it’s not normal. But breakfast is just so much easier to make after a long day at work. Amen? Amen.

One of these breakfast items that I live off of are waffles. Usually just from the boxed mix. You know, the fancy stuff. Or if I get real ambitious, I make a homemade batter. But that doesn’t happen often. Let’s get real. Honestly, as long as I have a handful of strawberries to go along with them, I’m a happy camper.

So one day, I got the urge to figure out a way to bring waffles on the go. In hopes of maybe being able to make them before work and take them for the drive. So I set out to make waffle kabobs. 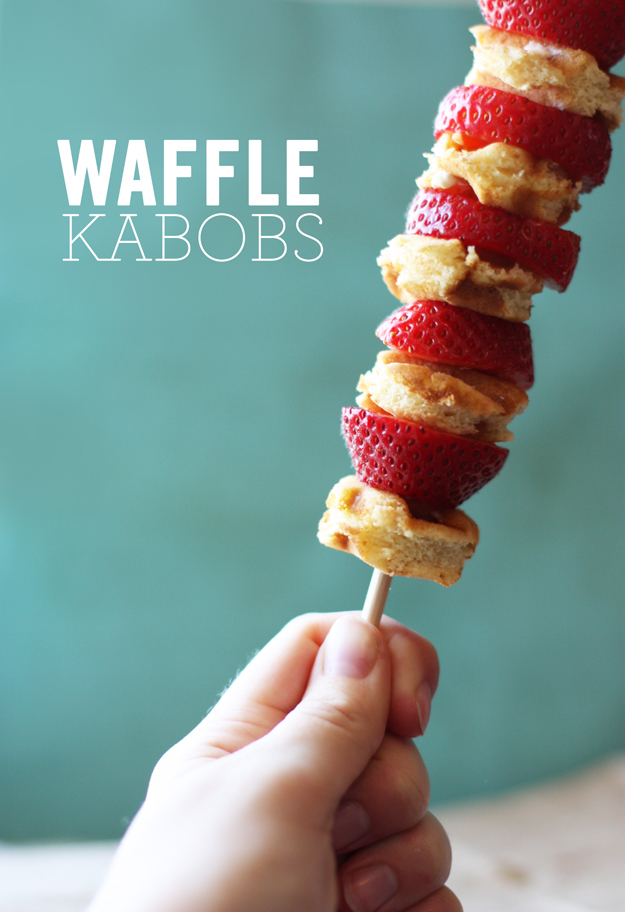 All I needed was a waffle (box or homemade), strawberries, syrup, butter, and kabob sticks.
Oh, and a waffle maker might be helpful. 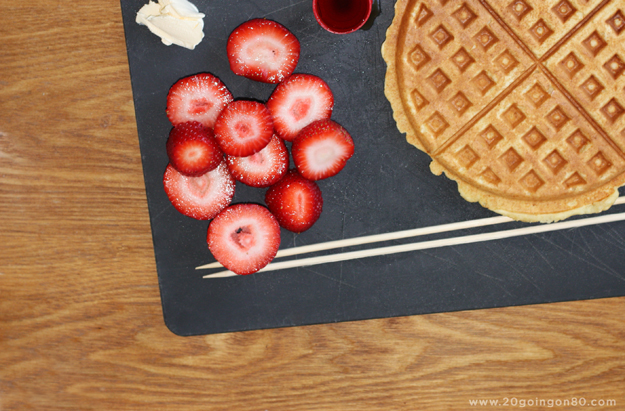 I started out by spreading the whole waffle with a little light butter. Then, I cut out some circles of the waffle with the syrup cap (fanciest cookie cutter I own). One by one, I layered the kabob stick with Strawberries & Waffles (Dip one end of the waffle circle in syrup before putting on a stick). I found that the syrup side of the waffle should touch the strawberry so it sticks. 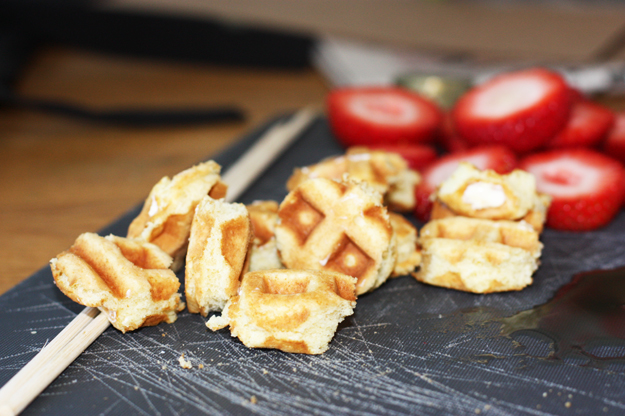 Umm..delish? I think yes. My two favorite things stuck together as one. It doesn’t get better than that. 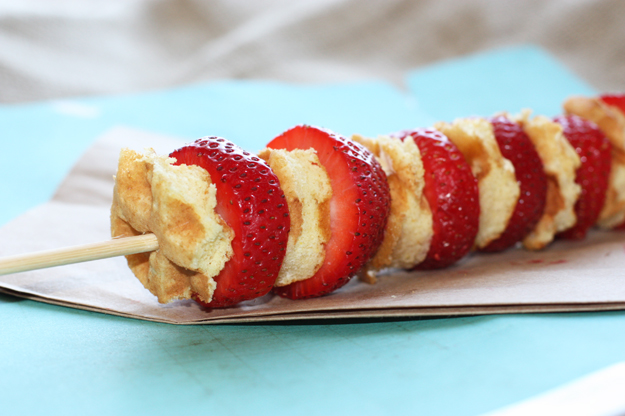 It’s a fun & simple way to spruce up those ole’ waffles. It’s like a corn dog. But not.
Call them Waf-dogs. Now wouldn’t that be an award-winning name for these bad boys? Didn’t think so. 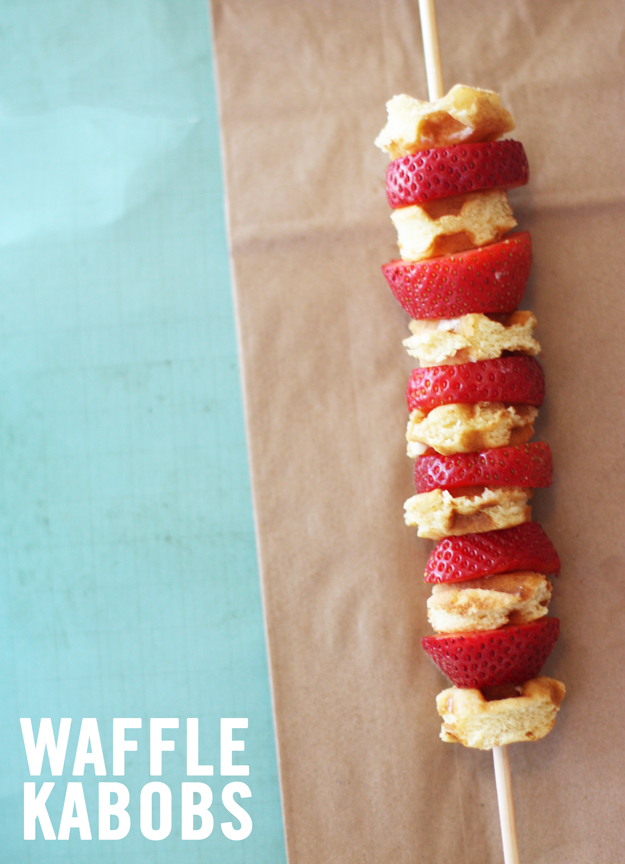 I will say that it took me a little longer to make these than expected. And by the time I got everything cut up, my waffle kabob was cold. So, I probably won’t be making these in the morning before work. But let’s face it, I don’t wake up early enough to make breakfast. Extra sleep > making breakfast. Besides, who needs to have breakfast for breakfast when you still have dinner ahead of you?

Well, I’m off to go get a bowl of cereal. At 1 am. I told you I wasn’t kidding with this mealtime identity crisis….

Tag me on Instagram @designeatrepeat or leave a comment below to let me know how it turned out! I love seeing what you’ve made.
Previous Post
Good Day Printable
Next Post
Football BLT Dip (Free Recipe Card Printable!)

Melissa is a graphic designer & craft stylist living in the Midwest, specializing in easy food and paper crafts for holidays, parties, and everyday.
END_OF_DOCUMENT_TOKEN_TO_BE_REPLACED